The documentation team spent a significant amount of time updating the CRMScript API reference documentation, which lead to some in-app editor improvements as well.

Key changes included converted 9756 unstructured markdown files down into  just 570 structured YAML files. The biggest problem with documenting APIs with markdown content is the inconsistency between files. Some authors like to format an API document one way, while another author prefers a different structure. This lead to an enormous about of API files, increasing documentation generation build time, as well as outputing lot of inconsistencies through out the CRMScript API pages. 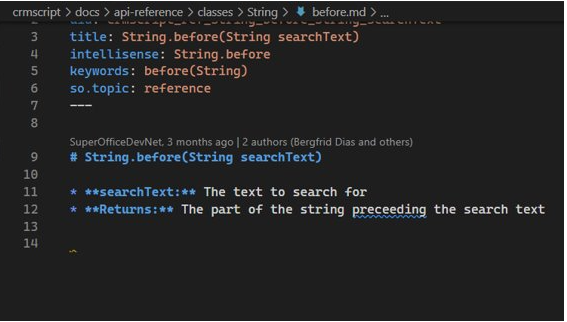 As YAML content, the structure is easily parsed and predictable. With this new format we are able to produce concise and consistent CRMScript documentation, just like the rest of our API reference documentation. 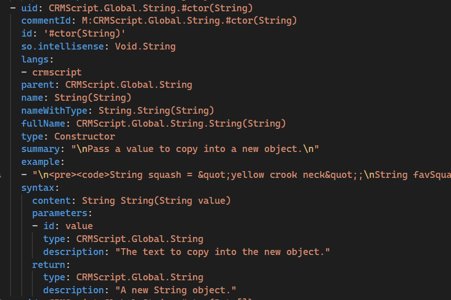 To learn more and better understand the YAML structure, make sure to read more about it on our YAML format reference on docs.superoffice.com.

In addition to these improvements, it also lead to the improvement of better structured and more consistent CRMScript intellisense. 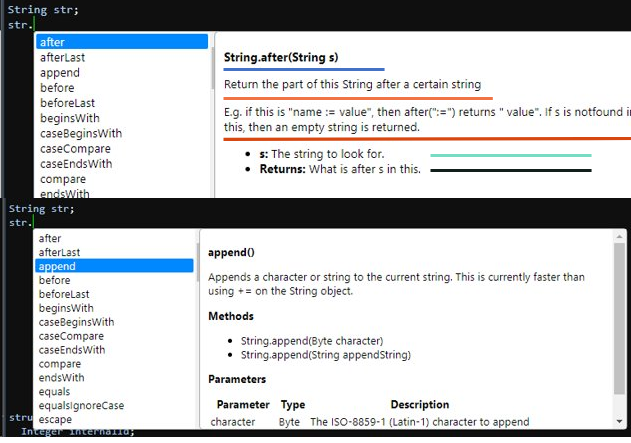 Looking at the old intellisense in Figure Three, it's hard to know how to intepret what's presented on the screen, and it wasn't always consistent. Sometimes the prototype included a return type, sometimes it was written below. Parameter structures as bullet lists and sometimes just inline the method description. 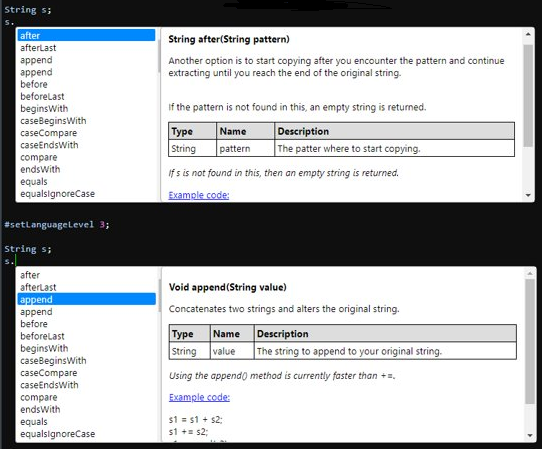 The new structure follows a consistent and predicable layout, and some methods even provide a clickable example that inserts the code example into the editor window for you!

The new intelliensense structure is:

With improvements in CRMScript intellisense, we also added a few extra code snippets for commonly used statements. Now you will find example snippets for the following statements:

If you believe the CRMScript docs can be improved, make sure to check out the CRMScript repo on github and create an issue or, even better, fork it and submit a pull request!