Enter your email to login

Shortcuts to common tools and tasks within the Technical Center.

Dear community, We have done some improvements to CRMScript upcoming release that we hope will be useful for you. The changes can be split into two main areas: improvements to CRMScript and improvements to the developer UI. CRMScript improvements For a few years now, we have had support for serializing/deserializing arrays and structs to JSON data. However, the support had some "gaps" in support for all basic types, and also the usage was a bit cumbersome having to go through XMLNode or JSONBuilder . To solve the latter, we have now introduced two new functions on arrays and struct : fromJsonString() and toJsonString() . The functions will allow you to serialize/deserialize in one swift code line: struct Person { String firstname; String lastname; Date dob; }; Person p; p.fromJsonString('{"firstname": "Jon", "lastname": "Doe", "dob": "1984-10-26"}'); printLine(p.toJsonString()); The observant amongst you will perhaps also notice that in the code above, we are deserializing and serializing a member of type Date. This was not supported before, but now we actually support members of all basic types: Integer, String, Bool, Float, Date, Time, DateTime, Byte, TimeSpan. For the types not supported natively by JSON, we will require/produce the following formats: Date: converted to/from string with format "YYYY-MM-DD" DateTime: converted to/from string with format "YYYY-MM-DDTHH:MI:SS" Time: converted to/from string with format "HH:MI:SS" Byte: converted to/from number. TimeSpan: converted to/from number (seconds) Support for these additional types also work for the existing fromXMLNode() and toJson() methods. Also, please note that fromJsonString() on arrays will work just like fromXMLNode() , which means it will append elements to the array and not clear it. Arrays have a separate .clear() method that can be called if you want to empty it first. Furthermore, we have introduced two new methods on arrays: buildString() and sort() .  buildString(String separator) is adding some functionality that has always existed on Vector ; the possibility to create a string (with a separator) from an array. The function will work as expected on basic types. (Complex types (e.g. an array of HTTP instances) will just result in a string with "[complex]"). The most useful example is probably to get a comma-separated array of integers: Integer[] arr; for (Integer i = 0; i In addition to basic types, we also support buildString() on arrays of structs. The default way to serialize a struct instance is to return its contents as a JSON string. However, there is now a way to override this by adding a member function with the following signature: String toString() : struct Person { String firstname; String lastname; String toString() { return this.firstname + " " + this.lastname; } }; Person[] persons; persons.fromJsonString('[{"firstname": "Mark","lastname": "Wahlberg"}]'); persons.fromJsonString('[{"firstname": "Uma","lastname": "Thurman"}]'); persons.fromJsonString('[{"firstname": "Tom","lastname": "Cruise"}]'); persons.fromJsonString('[{"firstname": "Michael J.","lastname": "Fox"}]'); printLine(persons.buildString(",")); The other new function for arrays is sort() , which will obviously sort the contents of the array. Only one-dimensional arrays are supported, and only arrays of basic types or structs. For basic types, this works as you would expect: Integer[] arr; for (Integer i = 0; i In order to be able to sort an array of structs, the struct must implement a method with the following signature: Bool compare(SameStruct s) . This will allow you to sort arrays of structs using whatever comparison you'd like: struct Person { String firstname; String lastname; String toString() { return this.firstname + " " + this.lastname; } Bool compare(Person p) { return this.toString()   Developer UI improvements This release contains lots of small and medium improvements to the developer experience in Service. Here are some of the highlights: Debugger/Tracing view When debugging in real time, or when viewing a saved script trace, we have now added a dropdown to the UI with all the source locations for the current debug/trace session. For large scripts that are using #includes, this allows you to quickly switch between the different sources. In debug mode, you can use this to e.g. set a breakpoint in another file. In tracing mode, clicking in the gutter (where the red breakpoints are shown) will now instead fast-forward the trace to that location. This can be very useful when viewing large script traces: instead of having to use the slider to try to find the frame where some particular code is executed, you can rather click next to the code and the slider will move to the correct position. Another small but welcome improvement to this view is that the width of the sidebar (containing info, variables, etc) now will be remembered in your browser and reused on subsequent views. We have also cleaned up the variable view a bit, and added a "copy value to clipboard" icon for each variable. Working with CRMScripts, Custom screens and Extra tables We have also done some changes to the UI when working with CRMScripts. First of all, the search functionality for scripts will now show the chosen result using the correct "View script" screen instead of a dump of the table contents. Also, when viewing a script, the "Run script" link now properly uses the includeId of the script if it is configured. Using the includeId-link instead of the id-link is recommended to make customizations more robust when migrating between instances of SuperOffice. When editing a CRMScript, we have now changed the output frame to use a monospaced font. This makes for instance SearchEngine.executeTextTable() look much better. One issue that has been quite annoying for some time is the complex process for creating a trace for the scripts related to a Custom screen. This has now been simplified by adding a new tab to the "View screen" screen, listing all the scripts related to this screen. Just click a script to create a trace for it. Finally, a small improvement in the view for listing extra tables. We have now added links for searching a table or creating a new record in a table from this view, so you don't have to navigate through Requests > Extra tables, and then find the same table you just edited. Together with some other bug fixes, we sincerely hope our latest version of SuperOffice will be a welcome improvement to your developer experience! 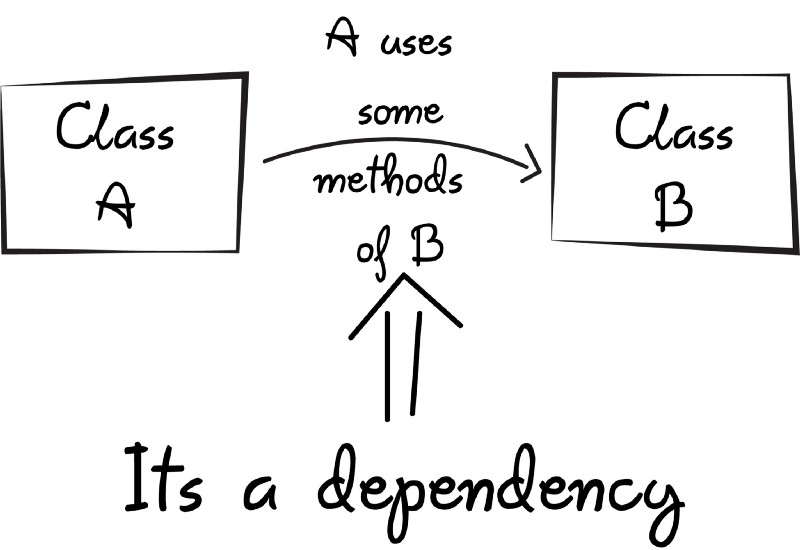 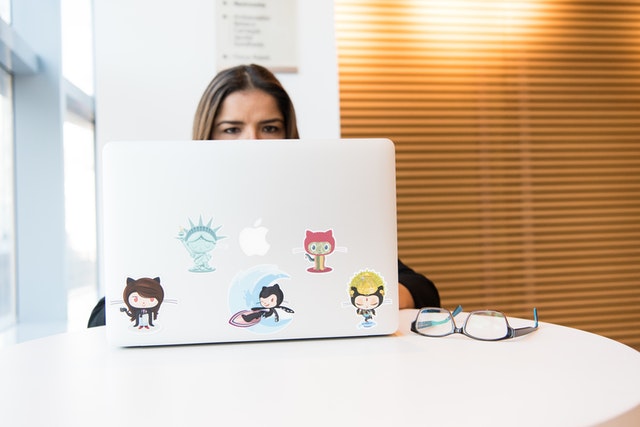 The story of the monorepo

On June 23rd, 2021, we announced docs.superoffice.com after consolidating content across two community clubs, six stand-alone static websites, and several blog and forum posts. Behind the scenes, the old content was organized in five GitHub repositories: superoffice-docs , database , data-access, crmscript , and user-interface . Now, we have taken the consolidation one step further and combined these five repos into one : superoffice-doc s. This giant refactoring benefits authors and contributors and paves the road for future improvements. The published site is more or less the same (changes listed later in this post). Why As we gained experience from working with content tasks on the new site, we noticed some overhead : Conceptual information for company, contact, diary, document, project, quote, request, and sale was scattered throughout the five repos. Common settings (cspell), templates, and reusable text chunks were duplicated in each repo. We had to manage dependencies between repos. If you moved or renamed a file in repo A, you also had to make changes in the other repos to avoid broken links - which meant multiple branches and pull requests that had to be coordinated. We lost Git history when we moved content from one repo to another. The backlog was fragmented. We had to create an umbrella project and board to track and prioritize all issues in one location. The tools and build pipeline had to be aware of all repos and juggle Git submodules. It also added complexity for those who wanted to build the whole site locally. In addition, it was not always clear where something belonged. Contributors got confused and had to look in multiple repos before finding stuff. Solution Essentially, we did a sophisticated Git merge for each repo using a tool called git filter-repo followed by clean-up. Grouped how-tos. Grouped all downloadable files. Got rid of most duplicates. Moved all whats-new pages to superoffice-docs/release-notes/. Updated all links. Updated table-of-contents files (toc.yml). Renamed and moved physical folders to match the output URLs. Created a new build file, which turned out to be a third of the old one.   The four main graft points are: crmscript to superoffice-docs/docs/automation/crmscript/ database to superoffice-docs/docs/database/ data-access to superoffice-docs/docs/api/ user-interface to superoffice-docs/docs/ui/ You can read all about the details in the monorepo GitHub issue . Practical implications If you previously cloned or forked the crmscript, database, data-access, or user-interface repo, you need to switch to using the superoffice-docs repo .   The URLs to some API references have changed: CRMScript : automation/crmscript/reference/index.html Trigger scripts : automation/trigger/reference/index.html Webhooks : automation/webhook/reference/index.html bLogic screen elements : ui/blogic/reference/index.html Content about custom fields , udef, user-defined fields, extra fields, and extra tables is grouped under custom-objects/ . The NetServer API options for contact, company, diary, document, project, quote, sale, and request now have /howto/ instead of /api/ in the URL. The pages of the CRMScript "Working with..." section are now in the above-mentioned API option sections. In conclusion We hope you find this useful and interesting! Please let us know what you think by providing feedback on our GitHub discussion board . Go check it out! Disclaimer: You will need a github account, but the good news is that registration is super simple!

Spelling mistakes always hit you when you're not expecting it. The harsh reality is that people will judge you on it. Nothing can make you or your company lose credibility more quickly. But I write code, not literary fiction... Yet you put your writing in front of other developers. Daily.     A typo in a code comment might trip up your co-worker reviewing your code. Or perhaps it goes undetected for years until they attempt to refactor or extend the code - after you left the company. Meanwhile, the comment is propagated to a public API reference where it can affect your company and trip up an unknown number of developers. Did someone say support case? OK. But let's say the typo was not in a comment, but actual code like a method name, property, or enum? Thanks to your IDE, IntelliSense will propagate your initial mistake like wildfire throughout the code-base. Awesome! Never, ever feed the Mogwai after midnight.     As with all bugs: the earlier you catch it, the cheaper it is to fix it. Who does not like bugs in production? The thrill of patches and hot-fixes.  But do you realize that once a misspelling is in the released API you have to live with it or break compatibility? Auch!   SuperOffice.CRM.ArchiveLists.AppointmentExtenderBase.ColumnRecurrenceRuleId SuperOffice.CRM.ArchiveLists.AppointmentExtenderBase._colRecurrencId The solution Slow down, read the actual words on the screen, and not what your autopilot concludes is there. Use a code spell checker. (Both for creating and reviewing.) Get a second pair of eyes. Own your oops'es and do the non-code-related PR change. Options VS Code: Code Spell Checker (cspell) Visual Studio: VS2017andLater | VS2022andLater (NHunSpell) Your milage might vary but I'm sure there is a spell checker match for you too.   Personally, I go the VS Code route with Code Spell Checker plus Grammarly. For SuperOffice Docs , we have a shared dictionary in .vscode/settings.json in each repo. You can check it out on GitHub .     (The covfefe level in my bloodstream is low. Please excuse any typos.)